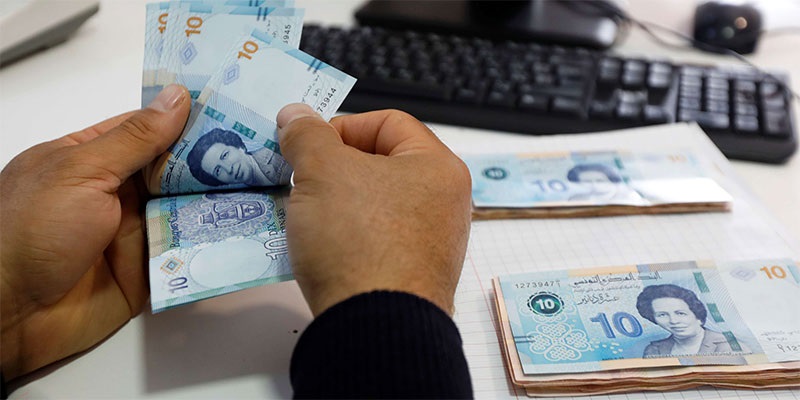 The Central Bank of Tunisia is increasingly forced to resort to the domestic banking market to finance local banks in this exceptional situation, according to economics professor and former BCT board member Fethi Nouri.

In an interview with African Manager, he pointed out that one of the main missions of the Central Bank is to protect the State and its financial and banking system, noting that the value of domestic loans has increased in recent years to around 40 billion dinars.

In the same context, he explained that the printing of banknotes is done by virtual transfers to the Ministry of Finance which, in turn, resorts to short-term borrowing from Tunisian banks before the Central Bank buys back the bonds issued. .

The economics professor pointed out that the BCT, given the lack of state resources, tends to issue Treasury bills and asks banks to subscribe, adding that CenBank finally opted for this alternative under the effect of the great difficulties encountered in borrowing from the international financial market, especially since Tunisia has not yet concluded an agreement with the International Monetary Fund.

He also said that despite the large volume of state borrowing from local banks in the last period, this will not come at the expense of investors or the Tunisian citizen, due to the decline in investment. , on the one hand, and weak demand for consumer credit, on the other.

Moreover, Tunisia is seeking to conclude a new agreement with the International Monetary Fund in order to obtain a loan of approximately 4 billion dollars to be allocated to the financing of the budget.

Indeed, it is unanimously recognized that the mission of the Tunisian delegation to the International Monetary Fund is difficult to obtain a new loan, due to the tense social and political climate in the country, while the Fund requires guarantees as to a consensus internally with regard to the necessary reforms.

The new loan, which is currently being negotiated, is the third of its kind since the 2011 revolution and the fourth in the country’s history.

The Treasury is expected to be financed this month by domestic borrowing, in addition to the $700 million loan Tunisia obtained from the African Export-Import Bank (Afreximbank) at an interest rate of 5.76%, repayable over seven years. , with a grace period of two years.

The short- and medium-term budget and tax policy reform program for the 2022-2024 period is based on four main areas: control of the wage bill, restructuring of the civil service and reform of the subsidy system , public enterprise governance and tax reform.

It is considered that the reform of the subsidy system can only be done through the redesign of compensation policies and mechanisms, moving mainly from price compensation to direct subsidies, which allows additional funds to be allocated for investment. audience. In particular, the fuel subsidy reform program aims to achieve real prices by 2026, while taking parallel measures to protect vulnerable groups.

As for commodity subsidies, they recorded an increase in relation to the rise in prices of cereals and vegetable oils on world markets, which have not been adjusted since 2008. This requires, according to the medium-term outlook budget document of the Ministry of Finance, preparing in 2022 a study on the extent of the effectiveness and feasibility of the proposed reform program for implementation on the ground by replacing the current system of support for the price through a new system based on wage support and direct cash transfers. It is further to gradually activate the new commodity subsidy system during the period from 2023 to 2026 with a targeting mechanism capable of achieving the necessary justice in the granting of monetary aid to those who deserve it.

In addition, the government considers that the reform program is primarily aimed at urgently controlling the major balances, reviving growth and preparing the ground for economic recovery.

It should be recalled that Tunisia’s public debt, according to the finance law, represents 82.57% of GDP in 2022, and the external debt is around 72.9 billion dinars (24.8 billion dollars) , while the domestic debt is 41 billion dinars.

The Virginia Beach developer is also a parking attendant. And he just bought a high-profile corner at the Oceanfront.