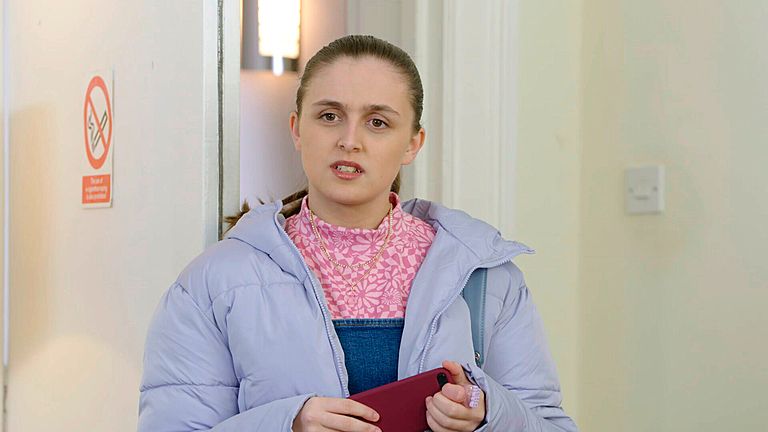 Scarlett Kiernan (played by Kia Pegg, from the BBC children’s drama, The dump) returns to Le Moulin… but this time as the firm’s new receptionist Doctors (1:45 p.m. – see our TV guide for listings).

Scarlett beat the competition in last week’s interview round to find a replacement receptionist for the late Hazeem Durrani.

But when Scarlett arrives for her first day at work, she reveals she’s never worked at a GP before.

Long-time receptionist Valerie Pitman (Sarah Moyle) realizes she’s going to have her work cut out for her Scarlett training!

Meanwhile, Scarlett finds herself distracted by the behavior of her new co-workers.

Maeve has now seen a few patients with respiratory issues and a mysterious rash.

All have links to the new Letherbridge Radar Club.

Dale unexpectedly returns to the practice, this time with his friend, Sammy, who suddenly collapses and is rushed to hospital…

Dale makes it clear to Maeve that they both took a new drug while at the Radar Club.

Dale is suddenly afraid of ending up in the hospital, just like Sammy.

Will Maeve be able to shed light on the connection between the new drug and the Radar Club?

Daniel Granger (Matthew Chambers) sees a patient, Anthony Sargent (Freddie Annobil-Dodoo, who played Sasha’s boyfriend Chris in the Channel 4 comedy-drama, As if), who begins to question his sexuality.

Anthony sees Daniel as a follow-up after a head injury.

He wonders if a blow to the head could make him gay?

Anthony confides in his best friend, Tel Mackie (Chris Brazier, who was in a Scottish soap opera, river town).

Could it be that Anthony is having an identity crisis?

Doctors continues Monday to Thursday at 1.45pm on BBC One.